We sometimes participate in Screenshot Saturday with other indie devs, and think it’d be cool to post those images here when they’re relevant. We’ll do so in this topic.

This weekend, we posted our current visual design of the system/cluster rating system we’re working on: 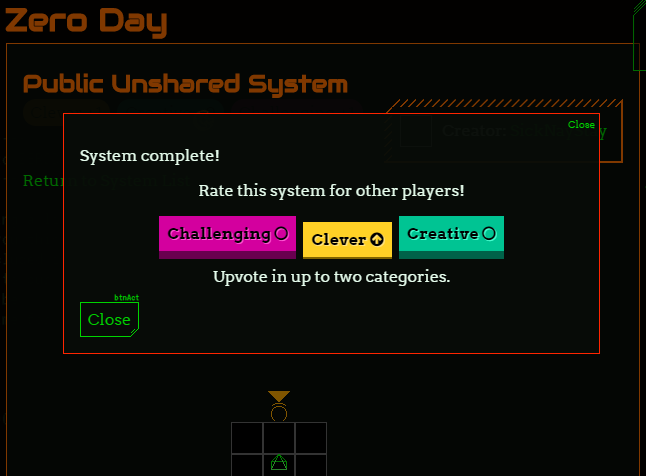 For this weekend, here’s what a cluster’s ratings totals will look like! Each will be a link to a list of top clusters for that rating category. Systems have a very similar display. 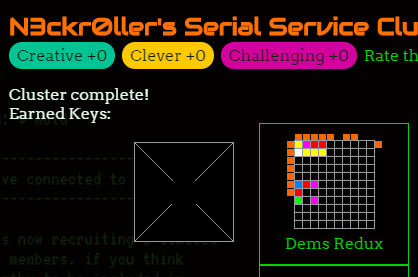 For this weekend, we made a gif of the beginning of “Nostalgia Couriers” from @dots’s “Nostalgia Systems III”:

This weekend, we took a screenshot of the first cluster from Headless Swarm, the first paid story that we’re implementing now: 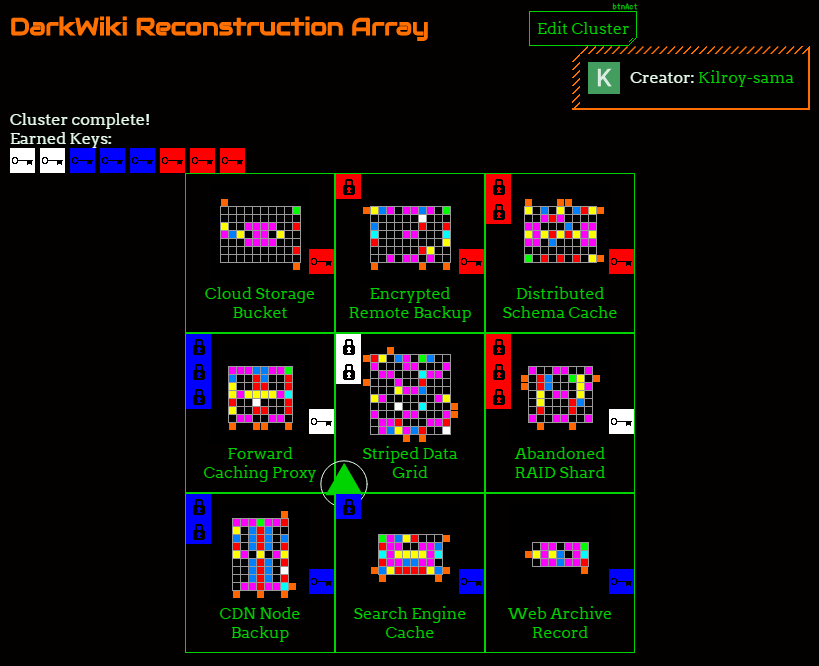 “And if we can hear it thinking, we can read its mind. I just need to write something that can interpret the sound.”

This past Screenshot Saturday is a shot of the cluster from the second job of Headless Swarm, the paid story that will debut on December 1st. 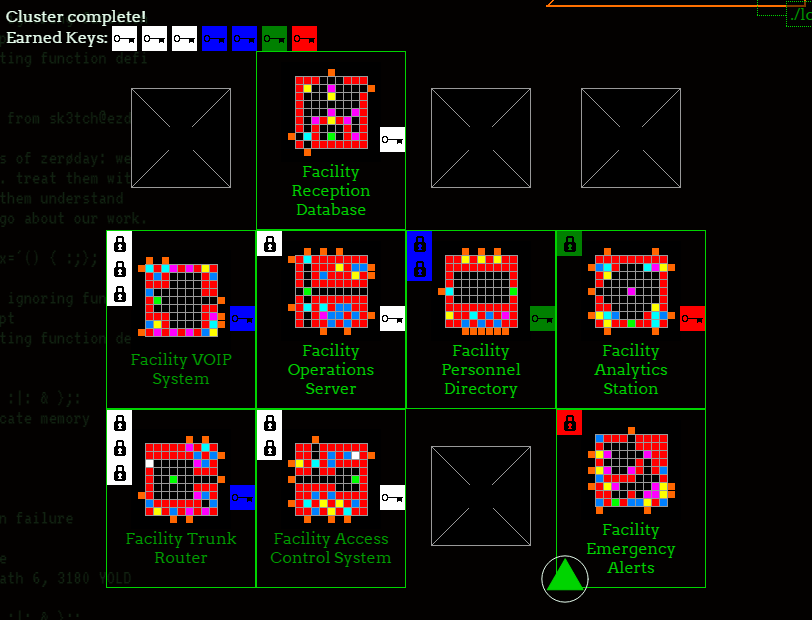 The Messenger: You’d better be ready for this. Otherwise I’ll need to commit a lot of violence and I didn’t have a big enough breakfast for that.